For those new to Operation: Power Up, we’re a group of dedicated fans persuading Nintendo of America to bring back Nintendo Power as a digital publication and/or a website. With fan publications such as Pure Nintendo and Nintendo Force, there’s still a market for a dedicated Nintendo publication. Our mission is simple: we want to get back the Power. Nintendo Power! 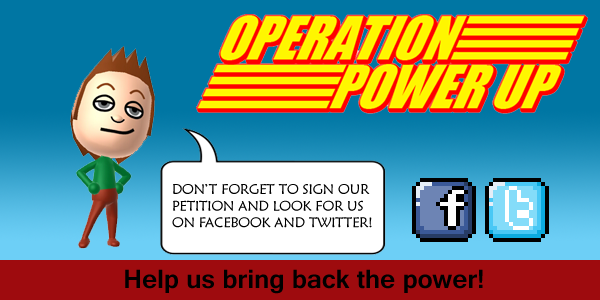